Women’s Rights – Why the US Hasn’t Moved Fast Enough

Women’s Rights – Why the US Hasn’t Moved Fast Enough 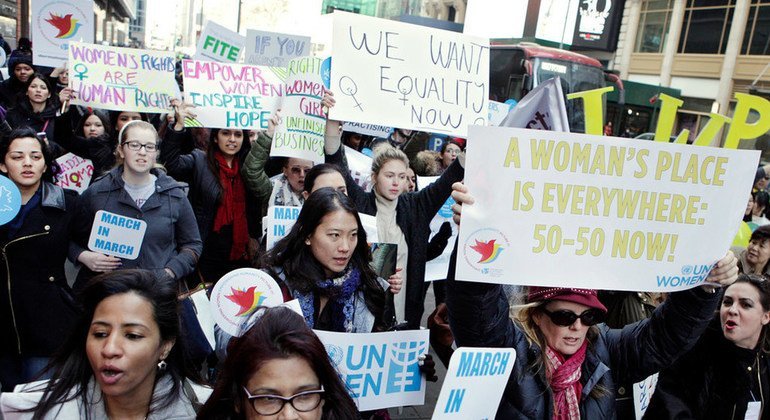 Despite the progress of the past 10 years, the US remains a nation that is far from achieving equal rights for women. Whether it is in the workplace, in the classroom, or on the political stage, many Americans say they’re still not satisfied with the status of women in the U.S.

Across the country, men and women are a lot more likely to say things have gotten better in the past decade than they are to say they have gotten worse. But there are also a lot more Americans saying that the country hasn’t made enough progress on women’s rights. This means there is a lot of work to do.

Women have always faced blatant discrimination in the workplace, on the streets, and even in their access to economic assets. They have had to fight for their rights. But today, the United States and many other countries are experiencing an uptick in violence against women, including rape, female genital mutilation, and forced abortion. In addition, more women are being killed by violence directed explicitly toward them. Women also spend more than twice as much time on domestic work as men do.

Women’s rights are critical for the future of our country. In the United States, about 9 in 10 adults say it is very important that women have equal rights with men. But about half say the country hasn’t gone far enough. And about one in ten say things are exactly the same as they were 10 years ago.

One reason why the US hasn’t progressed enough on women’s rights is that women are still not able to earn a living. There are more than 2.7 billion women worldwide who don’t have the same economic opportunities as men. In addition, women are still often subject to discrimination in the legal system. There are also many laws that prevent women from working in certain industries and restrict the types of jobs that women can pursue.

Women are also disadvantaged by the fact that they spend more than twice as much time on household work as men. And they aren’t paid fairly for the work they do. This lack of pay and job security undermines women’s ability to enjoy their rights.

Women’s rights must also be embedded in national law. Many people, including women, say that the current laws are preventing women from exercising their rights. Across the country, women are still often prevented from participating in politics. This is especially true for conservative areas. In Afghanistan, for example, women have to show photo identification in order to vote. This is a problem for women in many conservative areas, because it makes them less likely to vote.