Many people experience victim blaming when they are abused or assaulted. The process is often fueled by a failure to empathize with the person who has committed the crime. This response is often a reflexive one and it is difficult to overcome. In a study of a sexual assault trial, the judge praised the perpetrator for being an athletic and academic success, while criticizing the victim for drinking. In these cases, the perpetrator is blamed, but victims are less likely to blame the perpetrator and are not able to bring the perpetrator to justice. 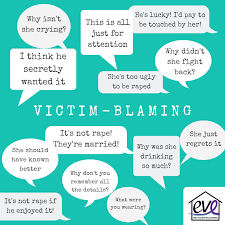 A new study suggests that victim blaming may be an unconscious process. The victim may believe they were responsible for the crime, while the perpetrator may believe it was their fault. A study by Niemi and Young showed that the motivation for victim blaming often is linked to moral values. The researchers found two sets of moral values: binding and individualizing. The individualizing set emphasizes protecting the rights of other people, while the binding set focuses on protecting one’s own interests.

The study also found that moral values play a role in victim blaming. It involved a large number of participants in four separate studies. The researchers found that people’s individualistic and groupistic values influenced their victim blaming behaviors. For example, those with stronger binding values tended to be more likely to blame another person for the crime. In contrast, those with more individualizing values focused more on fairness and social justice.

Although many studies show that victim blaming is a universal problem, research has shown that it varies from culture to culture. For example, women breaking the gender stereotype are more likely to be blamed than males. While victim blaming is often rooted in racial attitudes, it should be avoided by everyone. In addition, victims should know how to spot the various forms of victim shaming and the way in which they are used to undermine accountability.

Victim blaming often occurs subconsciously, but it is often unintentional. It discourages survivors from reporting crimes because they believe the perpetrators are not responsible. It also diverts attention from the victim and shifts blame from the perpetrator to the victim. This culture of victim shaming is rooted in racial attitudes and contributes to a culture of rape. Further, it can be a barrier to accountability.

The act of blaming a victim is often a form of victim shaming, which can discourage them from reporting a crime. It shifts the focus from holding the perpetrator accountable to putting blame on the victim. It is not a healthy way to deal with a crime and prevent a victim from sharing their story. Instead, you should focus on finding a safe and supportive environment for the person who has perpetrated it.