Understanding the Psychology of Victim Blaming

Understanding the Psychology of Victim Blaming 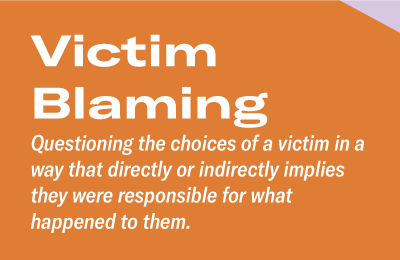 Those who have suffered from sexual abuse often report feelings of self-blame and stigma. They also question why they didn’t fight back more. These questions often come in the form of questions about what victims were wearing, how they were able to avoid being attacked, or why they didn’t take extra precautions. These questions can be difficult for victims to answer because they are questioning the actions of the abuser. However, it is important to recognize that victim blaming is a normal psychological reaction to a crime. Taking the time to consider the factors involved can help you avoid blaming the victim.

Research conducted by Laura Niemi and Liane Young found that moral values are a significant factor in victim blaming. They conducted four separate studies to identify these values and the ways in which they affect victim blaming. They found that people have two primary sets of moral values. The first group favors protecting the group interest, and the second group favors protecting individual interests. They also found that people who are more liberal tend to be less likely to blame the victim.

In the first study, researchers tested the influence of manipulating the victim’s characteristics. For example, the study used a scenario in which an actor played a role in a human learning experiment. In the experiment, the actor played a role in a sexual abuse scenario, but the character wasn’t the victim. The study showed that people responded to the blaming statements by increasing their perception of safety. They also found that people rejected information that contradicted their beliefs.

When a person blames a victim, it is important to understand that it is not the victim’s fault. Victim blaming is an unconscious psychological reaction. When people question the actions of a victim, they are participating in a victim blaming culture. While it is possible to unlearn victim blaming, it is often difficult to do. The best way to avoid blaming the victim is to listen to the story. This can help you understand how the abuse happened, and give you more insight into the character.

In addition to the effects of victim blaming on the victim, research has also shown that victim blaming has a negative impact on the victim’s self-esteem. It discourages them from speaking out about the abuse. It can also cause them to reduce their confidence in seeking help, and increase their levels of post-traumatic stress. They may also avoid pursuing help, because they are afraid they will be judged.