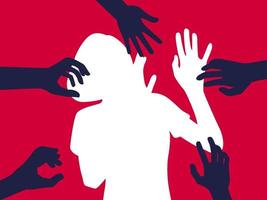 The emotional and physical impact of sexual violence varies from person to person. Emotional responses can include self-blame and anger. It can also affect entire communities, as the crime destroys the sense of trust and safety. Moreover, sexual violence costs society money. The costs of criminal justice, mental health services, and time off work are only a few of the many effects.

Often, the victim does not attempt to flee or fight the offender. Instead, they may remain unable to move or speak. Sexual violence is often carried out by a trusted partner. The victim may not be aware that he/she was assaulted until the offender has performed the act and is unconscious or incapacitated. Some survivors even lie about having experienced sexual violence. However, the number of false reports of sexual violence is relatively low in comparison with the number of false reports of other crimes in Canada.

Research shows that sexual violence affects men in a similar way as women. Approximately 1 in 6 men will be sexually assaulted at some point in their life. Furthermore, 1 in 3 transgender people will experience sexual violence. There is a high incidence of sexual assault and rape attempts in the United States.

Sexual violence is rarely an act of passion, but rather an aggressive act committed by an individual who has power over the victim. The perpetrator usually has the intention to gain power over the victim and to express their dominance over them. Typically, sexual violence occurs in the context of relationships that have become abusive, such as a relationship with another person or an intimate partner.