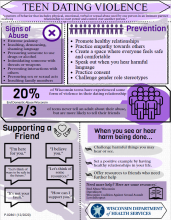 The term sexual violence refers to a variety of unwanted sexual activities. These activities may include sexual assault, rape, child sexual abuse, forced pornography, sex trafficking, and forced prostitution. Sexual violence can be perpetrated by any individual, including parents, teachers, caregivers, acquaintances, and even strangers. The term can also refer to emotional abuse, threats, and harassment of a sexual nature.

Racial, gender, and economic status are all factors that influence the likelihood of being a victim of sexual violence. The rape culture affects women of all backgrounds, and the rape of one woman is a degrading act for all women. The psychological consequences of being a victim of sexual violence are significant, and the stigma attached to a rape is lifelong. And because the perpetrators of violence often remain unpunished, victims face a lifetime of stigma and discrimination.

Sexual violence has a devastating effect on a person’s sense of safety. The victim may experience feelings of anxiety and fear, as well as guilt and shame. They may even feel they are not worthy of a person. These feelings can contribute to depression and a loss of self-esteem. In addition, they may experience nightmares or flashbacks. If this happens, it can lead to a sense of irrational violence.

College students often experience behavior and relationship changes that can affect their ability to complete a college education. For instance, drugged rape is common, with alcohol a factor in ninety percent of rapes on campus. The other form of sexual violence is statutory rape, or sex with an underage person without consent. Connecticut prohibits underage sex. Additionally, sexual harassment may occur verbally, physically, or non-verbally. Sexually harassing or attacking a person for his or her choice of behavior is never acceptable.